Long before the photograph was invented, painters had figured out that if they had a tent, or box with a small hole in it, whatever was outside would appear on the opposite wall inverted. By the early 18th century, a small lens had been inserted in the hole to concentrate the light and make the image clearer. In a compact size, this became a tool for painters to trace with a pencil or pen the inverted image, providing the perfect sketch. Some great realist painters are suspected of using this method – think Canaletto…. 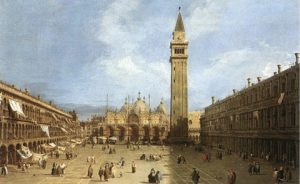 A number of individuals tried to make what was seen inside the box permanent. During the 1820s and 1830s this took on a common urgency and particularly two methods were devised within a few years of one another. Much has been written about who came first… By the end of the 1830s, we had the words ‘negative’, ‘positive’ and ‘photograph’ coined and we could fix photographs to metal, as well as make paper negatives and positives.

The next challenge was to obtain progressively higher quality photographs. In the late 1840s glass negatives were created and in the 1870s silver gelatin was a reality. In a few years, silver gelatin was adhered to celluloid. In 1883 the first roll film was on the market, and in 1888 a fellow called Eastman created the first consumer camera. You took your camera, exposed some film, returned the camera to Kodak and they would send you your prints, as well as your reloaded camera. Under the slogan, “You press the button, we do the rest”, the world as we saw it changed.

Cameras kept improving and in 1924 the first Leica camera came to market, marking the beginning of the serious hand-held cameras that used 35mm roll film and the best lenses available. Kodak had another first in 1936, introducing color film, Kodachrome, and in 1963 the first instant color photograph was developed by Polaroid.

Next, in the 1970s, the single-lens-reflex (SLR) brought the camera close to what most serious amateurs recognize as standard equipment. In 1980 the first auto-focus camera came to market, followed by the first steps in digital photography. In 1990, the first professional digital system entered the market. In 2007 Apple sold 1.4 million iPhones and by 2016, sales exceeded 211 million units.