Alfred Stieglitz opened a gallery in New York called Gallery 291 in 1905. In his gallery, Mr. Stieglitz showed primarily photographs. He also published a magazine, Camera Work. An expensive, subscription only, publication dedicated to the art of photography. With these tools he managed to control and I would argue stall the development of fine art photography around the world. In Camera Work’s prime, photographers from across North America and Europe, mainly in the United Kingdom, would take out expensive subscriptions to Camera Work and would submit their amateur photographs to Stieglitz for approval and perhaps even inclusion in Camera Work. Stieglitz decided what was good and what was not. He was judge, jury, and executioner all in one. 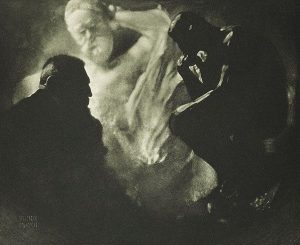 Stieglitz believed very strongly that two things needed to be present in a photograph to be an art photograph:

The first thing was a certain feel or mood, which for the majority of Stieglitz’ career meant a painterly feel, meaning that the photographer had to manipulate the negative using various chemicals, coatings, printing techniques, etc. to express a mood or feeling that imitated what one might expect to see in a late Victorian sofa painting, rather than a photograph.  A straight photograph showing what was in front of the photographer, and printed without manipulation, was not art. Not to Alfred Stieglitz.

The second, it was not acceptable for a fine art photographer to be professional, to do commercial work.  This meant that if you got paid, or made a living from photography, you were a lost soul. To belonging to the circle around Stieglitz you had to have independent means and do photography, because you thought it was a wonderful hobby and a suitable high-brow pass-time. (The irony here might be that for years Stieglitz struggled to make money with his gallery and his magazine, both poorly executed commercial disasters.) 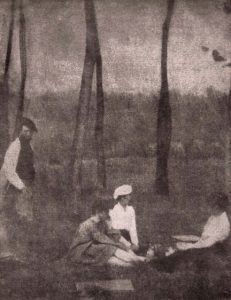 Many may disagree, but I believe the photography-world inherited two major problems from Stieglitz.  Problems we still very much struggle with today.  The first problem with Stieglitz, that took almost 60 years to fix, was that if you were shooting straight photography, meaning that you printed what you saw, no manipulation, but processed and printed with minimal correction or changes, this was not art. I would argue, that it was not until the legendary Harry Lunn started selling editioned photographs of Ansel Adams’ landscapes did this change. We are talking 1970s.

The second, some would argue has yet to be fixed, because many still very much believe that an art photographer cannot be a commercial/professional photographer, or have a job on the side. By way of an example, let me illustrate the mindset of a lot of gallerists: A photographer friend of mine recently returned from New York, where he presented his work to a dealer. The dealer liked his work, but did not consider him serious, because he had a job to support his photography. The dealer suggested he look at a photographer she represents, who has been shooting since he was 14. He shoots full time and is a serious art photographer….

Clearly, we have not passed the point where it is acceptable to be commercial in the sense that you support your art-photography with a full or part time job, or by shooting green peppers for the local super market chain to make ends meet. While there may be some hope on the horizon, as some fashion work and still life photographs are going mainstream as art, there is still work to do. Commercial photographers like Herb Ritts, Bruce Weber, Richard Avedon and Irving Penn have helped break the curse.

I hold Alfred Stieglitz responsible for holding back fine art-photography from its destiny for the better part of 100 years. From the infancy of photography in the 1830s, until the painterly direction in photography that Stieglitz promoted started to dominate in the 1880s, it was perfectly acceptable to have a photograph of Rome, Venice or Athens hanging on your wall next to a painting. It took a full century, until the 1980s before this was again something you might see other than in your local pizzeria or Greek restaurant.

Stieglitz found straight photography again towards the end of his career, and in some ways his gallery did matter, bringing photography to an albeit select group of visitors in New York.  But, he led photography down a blind alley, and the wonderful portraits of Georgia O’Keeffe, or his Equivalent photographs do not make up for the damage he did. As a photographer, there is every reason to hate Alfred Stieglitz! 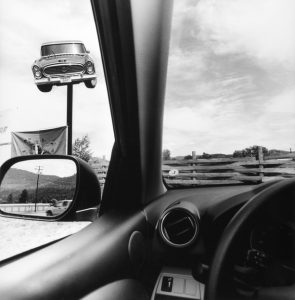 Photography – straight photography – has a place in the pantheon of fine art, along side painting, sculpture and the other fine arts. This is a fact. Even the naysayers will get there eventually…..No thanks to Alfred Stieglitz.

Images are borrowed from the web and are attributed to the artists identified and are for illustration purposes only, no rights owned or implied.